Alonzo and his eldest son Lonny, then age ten, were absent in the spring of 1889 working in Montana. The family was living on the homestead in Etna in a tent and an overturned wagon box. Anna Eliza (age 32) was left alone with six children, the youngest but a baby. Wife Anna Eliza, my grandmother, having spent the previous winter under these primitive conditions, wanted a house. She had the knowledge and skill (having learned the building trades from her contractor father) to build a house and most importantly she had the will and determination. 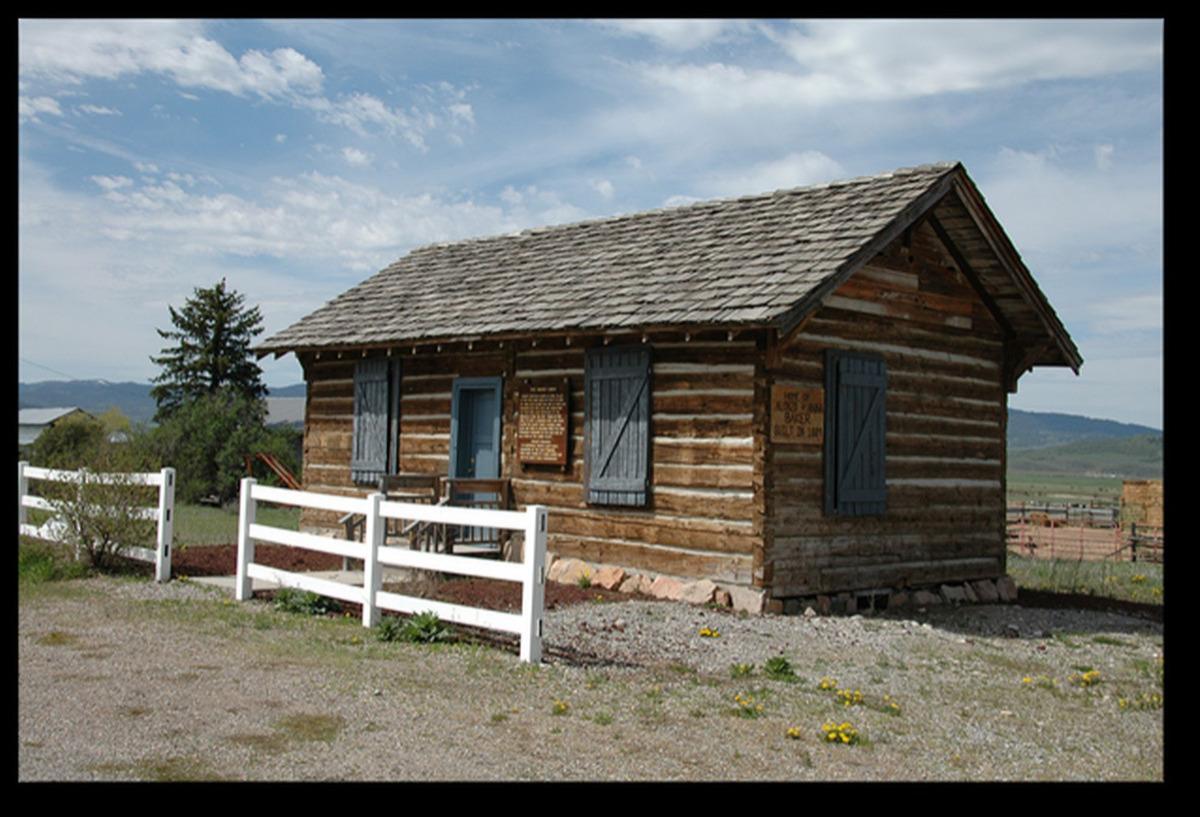 She hauled the stone for a foundation from the east side of the Valley, probably from Prater Canyon, and selected the logs from the area what is now the Star Valley Ranch. She carefully square-hewn the logs to the proper size and thickness. Uniform poles were used for the joists in the floor and ceiling. Note the log connections at the corners. It is our understanding that this was the first house in the Lower Valley with a shingled roof. Dirt roofs were common place. The Turners had recently opened a shingle mill on Willow Creek and the shingles probably came from there. Because of her construction methods this house has stood the test of time. 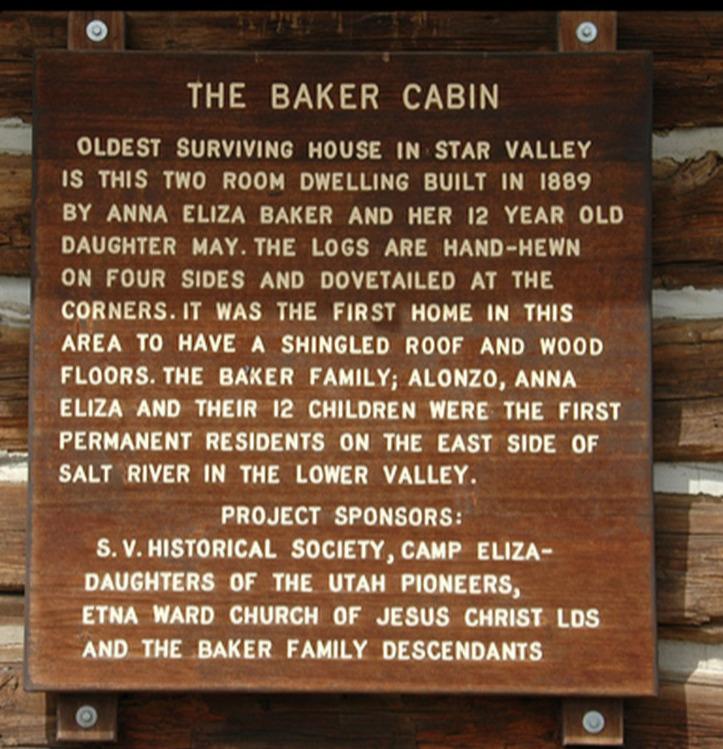 when Alonzo sold out. During the next twenty-five years, the following subsequent owners and families lived in the house, although not necessarily in this order: Reynold Robinson, Rob Erickson, Roy Keeler, Kenneth Clinger, Cecil Skinner (twice), W. Schofield and Tol Chapman. Several children were born in this house; many are still living. Some are still living in Star Valley. Some time about the beginning of World War II, the owner of the property converted the building into a combination grainery and chicken coop and then the house became another farm utility building.

In 1991, the (Baker) family learned the owner was willing to part with the building and through negotiations, we were able to obtain ownership. Wayne Baker jacked the building up and J P Robinson of Jacknife Trucking moved the building, without cost, to this site on property owned by Lloyd Baker which had been filled-in by Lincoln County. Members of the family donated money and labor to restore the building to its original condition. In 1993, the site and the building were deeded to the Star Vallely Historical Society to be listed on the National Registry. After three more years of work by the fine people of the Valley, the Historical Society, the family and Camp Eliza of the Daughter of Utah Pioneers, the building is to be dedicated. Location: The Baker Cabin is located on the west side of Highway 89 in Etna.